The lack of progress from Audi to deliver updates to the Q4 led me to buying a Tesla, a better car in every way.
Top

garysevern wrote: ↑
Mon Jul 04, 2022 6:57 pm
I got a satisfaction survey email from Audi today and made it clear the number of software issues that need fixing.


How did you get that?
Top


That's the thing for they money we spent it's really starting to irritate me. Thinking maybe a Polestar 4 next time, or who knows what else will be around in 2024.
Top

I’m not expecting much before the end of the year, my hope is that Audi is taking the time needed to bring us a qualitative update. I doubt it will happen.
Top

May be a while

Have to fully agree, must admit I love my model 3! The Audi is a good car, but just too many things not sorted for the price!
Top

I made a complaint and have someone calling me back next week so let's see how this goes.
Top

I raised a formal compliant with Audi UK about the various software issues and after lots of calls etc got no where. Audi UK seem to have no idea if/when a software update is coming, they don't seem to have any ability to get any more information out of Audi Germany!

Had a new issue yesterday, the navigation tour plan was telling me I'll reach a waypoint on my journey with 50% battery remaining, when the car only had 31% left which was 14 miles away from that point! See photo below. 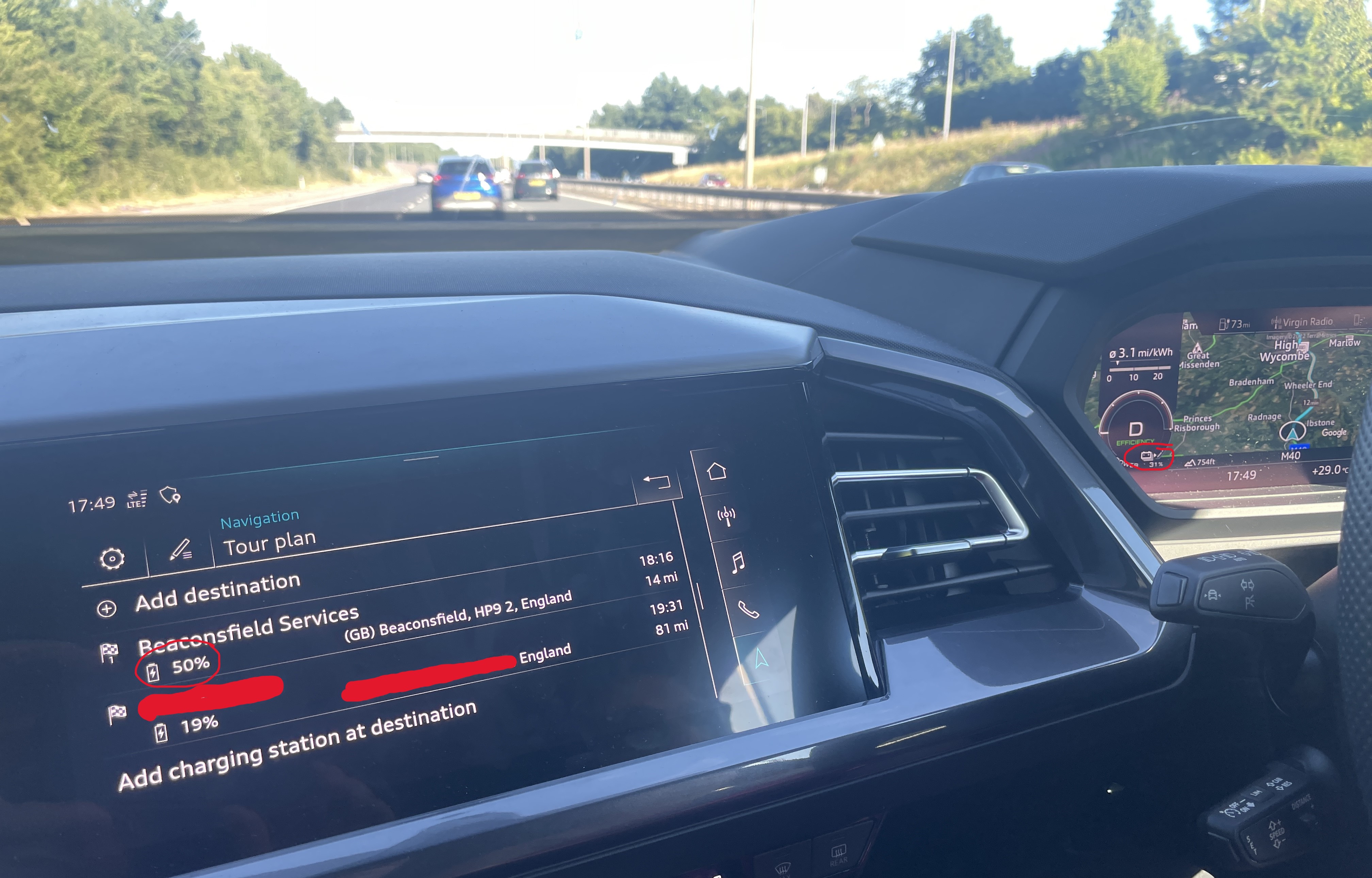 Also experienced another issue last week where Apple CarPlay refused to open when driving with an Audi safety message stating the function was disabled when driving! Had to power down the car and leave it 5 minutes to restore CarPlay while driving.

I understand software issues occur but not to have had a single software update in the 9 months I've owned the car to resolve major issues is just not acceptable.
Top
Post Reply
24 posts